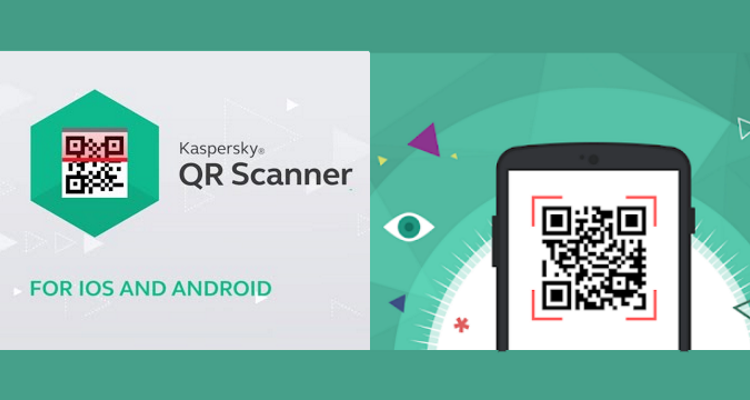 In this post I’m bringing you a test of the Kaspersky QR Scanner, since I left this one out when I recently updated our list of recommended QR code scanners.

Among the many QR readers I analyzed was Kaspersky QR Scanner, one of the apps developed by companies (mainly antivirus firms) that offer security solutions.

Although it was not included in the list, I found it an interesting reader because of its simplicity and because of a remarkable feature: it reads QR codes “unintentionally”.

What do I mean by “unintentionally”? Well, unlike many readers where it is necessary to focus the QR code or barcode in the middle of the reading grid, Kaspersky’s reader finds and detects the code within the image as a whole and reads it easily and quickly.

In the time it takes you to center the code on the screen, Kaspersky has already read it! 😉

With this QR reader Kaspersky offers a tool that does just what it needs to do: scan QR Codes and barcodes. Don’t expect to find a lot of QR Droid style features, since as an app it’s basically just a reader.

If there’s one thing Kaspersky knows about, it’s security, and this is certainly where the main feature of its QR reader lies: detecting dangerous URLs or URLs with malicious content.

Once the reader detects that the code contains a URL, it checks against its database and warns us if that URL is potentially dangerous by displaying the screen below. The user can still skip the warning and access the content of the URL if desired. 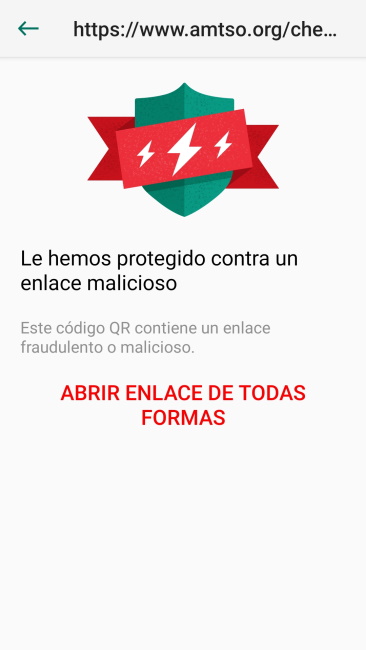 If you want to test for malware safely, you can visit the AMSO (Anti Malware Testing Standards Organization) website or scan the following QR directly to see the malware detector in operation. 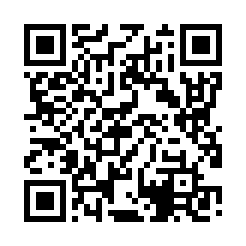 Like many other apps, the Kaspersky reader can also scan other two-dimensional codes such as Datamatrix or PDF417, and successfully scan barcodes such as EAN, UPC, Code 3 of 9 and Code 128.

Like scanning QRs, all other barcodes are “caught on the fly”. It’s really fast at locating and decoding the supported codes.

One of the few functionalities of the application is its reading history.

The history can be consulted at any time and although it does not allow us to export it, it does allow us to access the readings made, and in the case of URLs, to revisit the website.

The history shows the dangerous scanned URLs in red. If we decide to visit the link again, the app reminds us that this is a potentially dangerous URL. 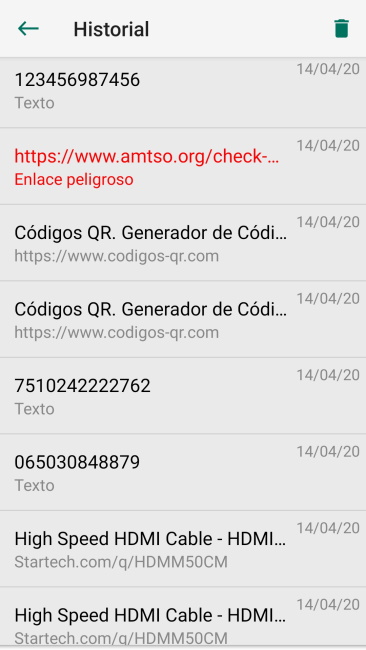 Configuration of the QR Reader

As I have already mentioned, we are talking about a very basic app: the configuration screen only has three configurable clicks. So for lovers of simple things, the app makes it really easy: Sound/Vibration and History.

What can be activated on the main screen is the camera’s flash. This can be useful in case lighting conditions are too poor to make a reading. 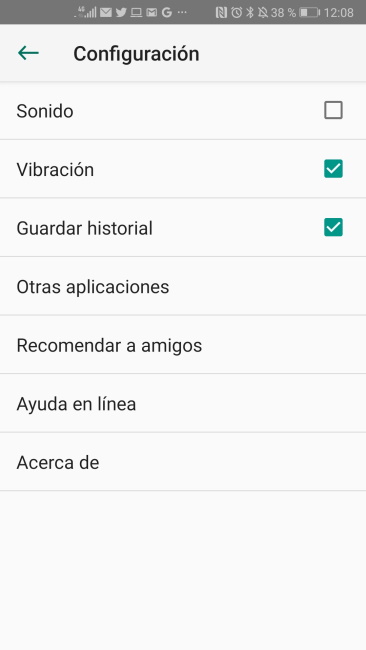 The reader is available free of charge for Android and iOS. I’ve included the links below in case you would like to download it and try it on your device.

It may even become your favorite QR reader… feel free to tell me what you think about it! 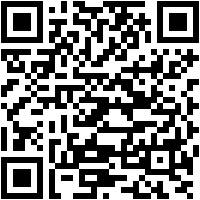 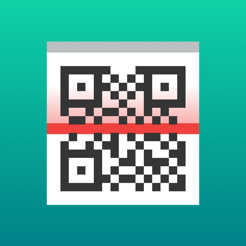 If you liked our QR generator and want to help keep it free, you can collaborate with us;-)

Códigos-QR is an initiative created in 2009 to promote and disseminate the use of QR codes.

We offer a free QR generator for users as well as a specialized blog about QRcodes and its applications.

During these years our generator has made millions of free QR used worldwide.

This page uses cookies and other technologies so that we can improve your experience on our sites: More information